When the wheels begin to grind 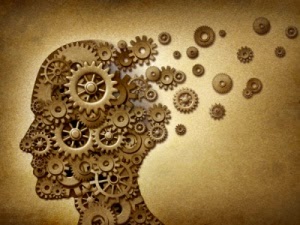 These are not words of confession, but rather an explanation. For most of you, this will be a journey into the complete unknown. For others, who have managed to look under the surface, much of this will not be too surprising, although there will still be parts that will have you shaking your heads in wonder.

Most of you know me as a peaceful man. I have never had much to do with weapons of any sort, but I have come to realize over time that in my hands is a smoking gun. My fingerprints are all over it.  And there is nothing I could have done to prevent it, for I was obsessed. One day I sat in front of the computer and stared, stared until there was a crack in the wall.

They say that it takes about twenty minutes for your brain to register that your stomach is full. By then you may have overeaten, taken in much more than you should have. But how were you to know?  How can you make any proper judgement, if your brain fails you?

I began my foray into the virtual when the Internet was still a wild frontier. Most people were still unaware that it existed, let alone understood its potential. Even those of us who were most involved didn’t quite understand where it might lead, until it was much too late.

I have always believed myself to be a moral person. You may dispute this after you have heard my tale. Perhaps my ability to keep these two worlds separate in my mind for so long was the reason why it took me so long to believe that I was doing anything wrong. Even when the two worlds collided in the end, it still took my brain some time to register.

But initially, the virtual was a godsend for me.

If you met me, you would probably not notice much at first. You might register that I was quieter than most people, averting eye contact after the initial meeting, offering a sentence or two to the conversation, but then closing myself off in some corner, both mentally and physically. You might also notice that the longer I was there, the more uncomfortable I appeared: the conversation working its way around me, but not including me.

Over the years I have tried to understand what is wrong with me. I looked for labels, but they were hard to come by, especially before the age of Google. I made up a special label for myself: emotionally and socially autistic. Many people would just write this off as being an introvert. But they don’t know. They couldn’t look inside and see.

I don’t know if searching for labels has made my situation any easier. The symptoms were always there, whether they had a name or not. OCD was one such label.  It was only much later in life that I realized that this label also applied to me. I did so when it appeared that the symptoms were getting worse. But I am good at hiding things. People around me only saw a part of the symptoms, and as a result, viewed them amusingly as oddly eccentric.

But for me, they have been torture. I cannot leave the house until I have checked things again and again. I cannot finish parking a car until I get out and make sure that I am exactly between the lines. Even after locking the car with the remote, I have to walk around checking that all of the doors are locked, maybe doing this two or three times. When I leave the house I lock the door, pulling on the handle three or four times to make sure it is locked, and then, as I start to walk away, I have to come back again to make sure that it is really locked. Sometimes I can avoid coming back if I make a mental effort to open a door in a part of my mind, enter, and register that I was there. But this requires me to forcefully stop the streams of consciousness for a moment, and that is not an easy thing to do.

Those around me never see the complete ceremony of my OCD. If someone is with me, I may make do with just checking the front and back door on the driver’s side to see if they are locked, or make only one pass around the house to make sure everything is turned off and in place. The abridged form of the ceremony is difficult for me, but it is necessary, to keep people from thinking that I am totally crazy. My own wife often sighs with impatience when I am making one of the abbreviated checks. And I hate being me.

You might ask why I haven’t been officially diagnosed concerning such things. This is because I have never gone to a psychologist or psychiatrist, despite my wife’s prodding. She is probably the closest to understanding the severity of my situation because she has to live with me. And why haven’t I gone? I cannot trust myself in the hands of another.

Lately I saw something on TV that made me wonder if I have Aspergers Syndrome. It is not that I am a hypochondriac of the mentally ill. I am simply trying to cope with who I am, and it isn’t easy.

I suppose I really should go to see a psychologist. But it’s not going to happen any time soon.