When I find myself fading 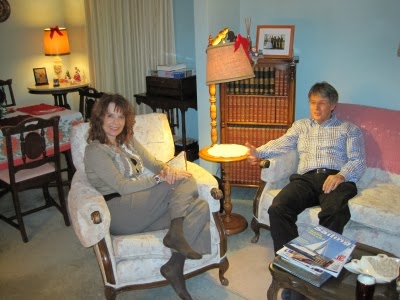 "When I find myself fading, I close my eyes and realize my friends are my energy."
~ anonymous

I have many things to complain about, but I also have many more to be thankful for. I have been blessed with true friends. Friends who help carry me forward during the toughest of times, just by knowing that they are there.

It is said that you can count your true friends on one hand. I find this to be true for me. Even in the age of Facebook, where we have friendship lists that often measure in the hundreds, sometimes even in the thousands. And even I have a friendship list of 644. How does this adhere to my concept of friends?

I think it was Thomas Moore who once said: "I have many acquaintances, but very few friends." - a distinction which Facebook once completely ignored, serving to belittle relationships rather than mirror reality. Until one day when Facebook decided to make amends, allowing us to differentiate between friends, close friends and acquaintances. And by doing so, our Facebook access to our closer friends increased considerably.

What defines a true friend? Is there some secret formula? True friends do not have agendas. If they did, we'd all be in trouble. For a true friend knows many of our darkest secrets. They are our confessor, but do not carry judgement. They could write our explosive biography, but would do so only with our permission, before or after we die. 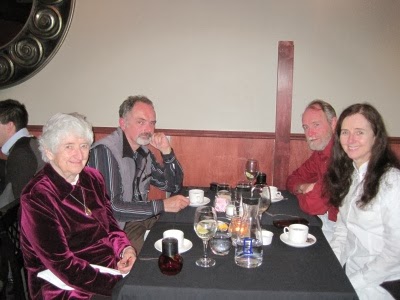 “The bond that links your true family is not one of blood, but of respect and joy in each other's life. Rarely do members of one family grow up under the same roof.”
~ Richard Bach

I come from a small Canadian family, and try to return each year during the holiday season to visit my mother, sister, and two close friends. These two friends are family also, for although we grew up under different roofs, we also shared each other's homes. And despite the distance and years that passed without seeing each other, each time we meet, we carry on as if no time has passed since we saw each other last. For our respect and joy in each other's lives surpasses all else.

I know that many families become increasingly dysfunctional over time, something that is magnified especially during holiday season. Maybe my family is too small to be dysfunctional, or I am not in Canada enough days of the year, but we seem to get on quite well. Not only that, but each visit is of great importance to all of us.

With family, as with friends, I have been extremely fortunate. And not just with my Canadian family, but with my Israeli family as well. My Israeli family consists of my Israeli born wife and three children (all born in Israel on a kibbutz), and my in-laws. I know that many people (perhaps most), don't get on well with their in-laws. But, despite my coming from a different background, language and culture, I was accepted with open arms by Adva's parents. My test wasn't the baggage that I brought with me, but how I treated their daughter. Which I was made well aware of when my mother-in-law casually informed me that she kept an Uzi sub-machine gun under her bed and knew how to use it (she had been an officer in the Palmach and not someone to mess around with). Fortunately she never found reason to use it, or thought that Adva could do worse. I have always gotten on well with my brother and sisters-in-law also. My brother-in-law hosts family and extended family each major holiday at his house on the kibbutz. Nothing dysfunctional there, either, unless you count my slipping out after the dinner festivities to check my email at my father-in-law's house. 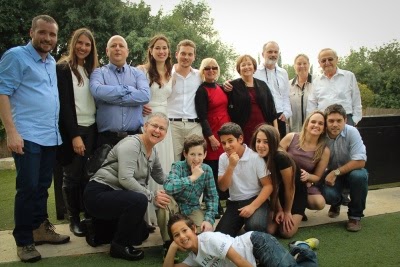 Family and friends cannot really be measured in numbers, defined by blood relations, or categorized by time and place. They are the people who touch our inner core, for whom we would fly across continents, make our way up from the desert by train to Molly Blooms, meet for coffee or wine after a hard day's work, or join in extended noisy family holiday celebrations. In many ways my life has turned upside down, but friends and family stay with me, and keep me from fading away. 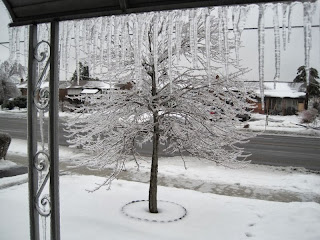 "Do you have any ice salt?" I asked the woman at the Canadian Tire store.
"No, all out."
"When will you have more?"
"Don't know. Going to take some time. The truck is coming direct from Montreal, eh?"

When travelling for my annual Canadian winter visit, I never expected ice salt to become the most sought after commodity during the Christmas season. But people were searching all over Toronto for at least a bag or two.

"I hear you have ice salt," I said to the man in the long black coat hiding behind the Canadian Tire store.
"Shh, not so loud," he said. "Sure, I can sell you a few bags."
"How much?"
"Twenty-five dollars a bag."
"Twenty-five dollars! That's five times the list price!"
"You want it or not?"
"Sure, I'll take two bags."

I should have expected something when a rare snow blizzard hit Jerusalem, closing the city down completely for two days. It rarely snowed in Jerusalem, and when it did, it was nothing like this. Not only was the power knocked out in many places, but the roads were closed and cars stranded all over. The people of Jerusalem felt quite helpless. "Where is the government?" they asked. "Why didn't they prepare for this? You never hear about this happening in a civilized nation!"

Even when I landed in Canada a couple of days later during a blizzard, I still didn't expect anything extremely out of the ordinary.
"We Canadians aren't stopped by such things," I bragged to my Israeli wife and children in an email after completing the perilous drive from the Pearson International Airport to my mother's house in Scarborough. "We drive right through it."

And shovelling snow at five the next morning to battle jet lag didn't dampen my enthusiasm.
"Good to experience a real Canadian winter for once," I thought, remembering my visits of Christmases past when little snow was on the ground.

The weather reports did nothing to prepare us for what was to come, either.
"The end of the week may be a little tricky," the weatherman announced, "with a mixture of rain and snow."

Then the first ice storm hit. It, in itself, wasn't that irregular. We were used to having to avoid ice covered sidewalks at times, forced to find traction through snow laden lawns instead. But it was a small taste of what was to come.

"Another, quite bigger ice storm in on the way," we were told.
They still didn't use the term epic, although they would soon. Nor did they say that this was the mother of all ice storms, although this was hinted at in many different ways over the days to follow. Most of the weathermen had become increasingly gun shy after making too many wrong predictions over the previous weeks and didn't want to take the chance of being open to further ridicule.

I don't know what we really expected to happen, as most of us were about to experience something for the first time. What did happen is that we woke up to a winter wonderland: a wonderland of ice. Trees, cars, buildings... everything was covered by a thick layer of ice. Events were cancelled, people were told not to go outside. And the only ones who dared venture outside were mostly kids on skates, skating over frozen streets and lawns, setting up makeshift hockey rinks wherever they desired.

It was then that we began to take notice of an ominous cracking noise, which seemed to come from almost every direction. Soon trees began to fall under the weight of the ice, branches breaking off onto power lines, through the ceilings of houses, and crushing the tops of cars. Soon the estimates came in: over 300,000 households and establishments without power. Many people no longer concentrated on Christmas, but were concerned mostly with just how to survive the bitter cold until the power came back on. And it slowly became evident that this wouldn't be for days.

And as the days went by without power, food thrown out because there was no way to refrigerate it, and people having no way to heat their houses in the -15 degree weather (celcius) - people began to ask: "Where is the government? Why weren't they prepared for such a thing?"

In the end, they got everyone hooked up again to the power... until the next time. Some people had gone without power for more than seven days.

And for those of us who thought we could drive through anything, we had now acquired a much greater respect for the winter, and were in much greater awe of a Mother Nature who could so easily humble and bring us to our knees at a moment's notice. For, despite all of our technologies, it only took one really bad storm to send us temporarily back to the Stone Age. And it didn't matter whether you were in Canada, Israel or the Arctic Circle. Mother Nature has a very long reach.

So, the next time you have something to say about Mother Nature, you had better be nice, or be ready for the outcome.

Posted by dglloyd at 6:05 AM No comments: