Discussions with a Muse 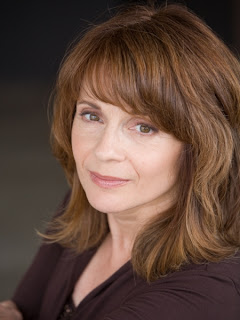 “She never married, you know.”
The room was quiet, darker than usual, the only light coming from the glow of the screen. I stopped writing and squinted into the darkness.
“Who?” I asked.
“S...  You remember S. Your first love?”
I remembered. Some things you can’t forget.
“Are we using initials now?”
“You never know who’s listening,” she answered.
“And I thought I was paranoid.”
I could feel her smiling, even though I couldn’t see her.
“How do you know she never got married?”
“I have my ways.” She paused... one of those dramatic little pauses that she was so fond of. “No children, either.”
“And you are telling me this because...” I looked back into the screen, trying to remember what it was I was writing.
“I thought you should know. You never know how far your influence may reach.”
“My influence!” I stared incredulously into the darkness, but it was lost on her. “What do I have to do with her not being married? These things happen.”
“Whatever.”
I found her tone a little suspicious.
“Can I go back to my writing, now?”
“Another book?”
“Yes.”
I heard her sigh. And then silence. I reached for the mouse, hoping she had left.
“M never got married either.”
I slumped back into my chair and pushed the mouse away.
“You are not going to let it be, are you.”
“Should I?”
I sighed. The room was stuffy, despite the darkness. I needed to open a window. I couldn’t remember if there was one.
“No children either.”
“Coincidence,” I countered.
“So you say.”
“Look, I have to get this done,” I said, leaning forward, the chair squeaking.
“Before you lose your inspiration?” She had me there. “Do you remember the day you made A cry? Just before she left to go live... where was it?”
“The other side of the world.” I gave up and lowered the lid of the laptop until it snapped shut. Now the room was totally enveloped in darkness. “No, don’t tell me. She never got married either.”
“You’re getting it now.” Even I, with my well-developed sense of denial, could not but feel that this was the beginning of a pattern. “She was a sweet girl,” she said. “She must have been the sweetest of your girlfriends.”
“How would you know? You weren’t there.”
“I’ve been watching the reruns.”
I shook my head and looked down at the computer, which had given in to her ramblings. Yes, she had been a sweet girl, and yes, it had been criminal of me to even think I could be a proper boyfriend at the time. Or maybe I didn’t think, but simply let things sweep me wherever they would go. No, I couldn’t let her trick me into believing that my influence could stretch that far. I raised the lid and tried to hide behind it, waiting as the computer whirred slowly back to life. It was reassuring to hear something other than our own voices.
“No one is ever going to read this,” I said, as the letters began dancing across the screen.
“Hey, that’s my line.”
“What?”
“In the book. That’s my line in the book.” she protested.
“What does the book have to do with now?”
“The book has everything to do with now. You wouldn’t be here if it weren’t for the book,” she said.
“I think you have things mixed up.”
“Do I?”
And with that, she was gone, as suddenly as she had appeared.

I wonder if confusion breeds good writing. Was that the reason why it took me so long to write a blog and a book? There had not been enough confusion in my life?

I have been trying to make some sense out of life, ever since I read Freud’s Interpretation of Dreams at the tender age of 14. I practiced on my friends, interpreting their dreams, which added to their confusion, but alleviated mine. I discovered that by remaining cold and analytical, I could somehow overcome the bouts of depression which continually swept over me at this age. I decided to adopt the strict Stoic philosophy of controlling one’s emotions. I didn’t realize, at the time, that in order to eradicate the destructive emotions, the positive ones had to go as well. And then one day... A cried...  yearning for the colours that she sensed were in me - where all she got were the multitude of greys.

How can we know how much we influence others? So much else is involved. A hundred things could have convinced S and M and A not to get married, none of them connected to me. True, A told me that last evening, tears streaming down her cheeks, that she should have chosen my best friend instead. One might say that this error in judgement may have prevented her from trusting her instinct in any future, possibly long term relationship. But we were so young then. So many years have passed by since.

“Why should I feel guilty?” I said out loud, needing to be heard. “It’s not as if I couldn't commit myself. I've been married for over 30 years!”
“And you only had to change country, language, religion and culture first.”
“I thought you had left,” I said.
“I forgot the punch line.”
The room looked the same when she was there, and when she wasn't. I wondered how that could be.“Anyway," it was my turn to protest, "you shouldn’t belittle this accomplishment. Do you know that I was voted the person most unlikely ever to get married or have children in my graduating class.”
“Why would you ever want to have children in your graduating class?”
“I...” I sighed and looked around for my glass of whiskey. If it was there, it was buried somewhere underneath black shades of nothing.
“I suppose you want a medal now for staying married,” she said. “Does your wife know?”
“Know what? That we’re still married?”
“No. That there are a slew of former unmarried girlfriends standing out there, waiting in line.”
“Waiting for what?”
“You figure it out. It’s time for me to go.”