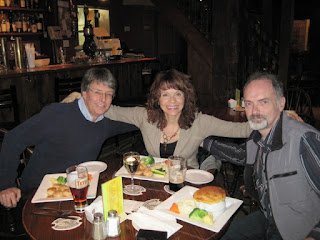 If airplanes were meant to fly 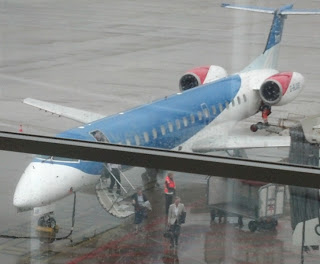 When our first child was three, we took him with us on a trip to Canada.
“We are going on an airplane!” we told him, much to his delight.
At that time, a bus took us from the old terminal building at Ben Gurion airport and drove us to the foot of the plane, where we climbed the steps up into the airplane.
After settling in and after a long strenuous 12 hours of keeping Edan amused during the flight, we finally landed in Toronto, heaving a sigh of relief as we walked through the “sleeve” from the plane into the terminal building.
Edan looked back at the airplane through the terminal window.
“When are we going up in an airplane?” he asked.
“We were just up in an airplane,” I answered, patiently. “That one,” I said pointing back to the airplane  through the window.
“No,” Edan said, pouting. “I want to go up in an airplane.”
Adva and I tried to dig deeply into our collective wisdom and convince Edan that we had been up in an airplane, but no matter what we said, he was not convinced, and it was clear that he would no longer trust anything that we said, not then, not ever.
For Edan, airplanes had nothing to do with being on the inside looking out.

There is a life lesson here. I just have to figure out what it is. And this year, 30 years later, I travelled the airwaves from Israel to Canada yet again. Or so it seemed. Now you never really see the plane on the outside. You walk into the plane through a sleeve at the new Ben Gurion terminal building and out of the plane through a sleeve at Pearson International. Yes, the plane does appear to take off, and there is constant turbulence through the next twelve hours, and then there is the bumpy landing. But were we flying? Really? Sometimes flying reminds me of that magic trick where the magician goes through one door on the stage and magically comes out through the door on the other side of the stage. Magic? Illusion?

All a matter of perspective, I suppose. I live in two parallel worlds: one in Israel, and the other in Canada. They both appear extremely far away from each other during the year. “Worlds apart”, one might say. Yet, all it takes is to walk through the door into a plane, count to 43,200, and walk back out. And “magic” - your body has been transported from one side of the world to the other, while your mind struggles to keep up.

I am waiting for “Beam me up Scotty” to become a reality. Many things which once seemed to be  science fiction have since become reality. Why not that also? The airline unions may have a problem with it, though. I can see the ensuing strikes as airlines move to body transportation machines. Of course, not everyone could be transported at once. There would still be lineups. Baggage might become an issue. Body weight might have to be factored in. They may still have to serve food and drinks while people wait in long lines. Maybe even play movies on widescreen tv or hand out handheld video players to entertain people while they wait. I’m sure that airlines, or whatever they may call themselves then, could tweak out a substantial profit.

And, as with anything, many people will look back with romantic nostalgia to the days of flight in an actual airplane, when this happens.

“When I was young, we travelled from continent to continent by flying in an actual airplane!”
“Gee dad, what was it like?”
“Well, if you looked down, you could see mountains. And they actually served us sitting down. No standing for hours awaiting your turn in the transportation booth. And the movies were better...”

Some people have a problem with change, of any type. They are used to something one way, and this makes that thing sacrosanct by default. For some people, the cinema came to an end when they moved from silent movies to talkies - and transportation lost its romantic appeal when we no longer rode the rough seas in a ship but flew high above completely detached from the earth below.

Posted by dglloyd at 8:39 AM No comments: