How many ears does it take to renew a Canadian Passport? 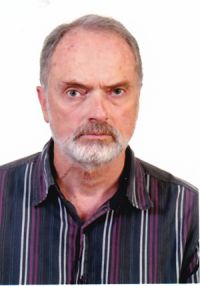 Those of you who have read my two previous posts:

will know of my Love Affair with the Canadian Embassy in Tel Aviv. But, as with many relationships which seem so simple at first, things have become complex over the years. And the chief culprit in complicating this relationship is the Canadian Passport Photo, which caught us all by surprise when the new photo requirements were released many years ago. Take a look at how complex they have become:


There is more, but I don't want to lose you, if I haven't already.

Shorty after the new photo requirements came out, so long ago, my son had his Canadian Passport photo taken in Beer Sheva. I took his filled out and signed application form together with the photos to the consular section of the Canadian Embassy in Tel Aviv. As usual, I started passing the form, pictures and cash through the protected window apparatus (back then you could still pay in cash).
"Whoa," the consular official said, "Not so quickly."
That was when everything sacred about our relationship changed.
"Your son's mouth isn't closed."
I had no idea what he was talking about.
"It looks closed to me," I said, "and he isn't smiling."
"There is a small gap between his lips. You will have to get new photos taken."
Taken again? And then back again from the Negev, leaving very early on a Friday morning to beat the lineup? And still not sure that the new pictures will meet all of the requirements?
"I can hardly see the gap," I said, Canadian to Canadian which is supposed to mean something.
"There is nothing I can do," the official said, "I can't accept them now, knowing that they will be rejected in the end."
So I took the pictures back and gave them to my son, explaining the problem. He took them back to the photo shop where they had been taken.  This time when I took them back to Tel Aviv, they were accepted.

After this traumatic surprise, and with the date of my passport renewal and my daughter's passport renewal approaching quickly, I turned to my Israeli English Teachers group, asking for the name of a photo shop which already knows how to successfully take a Canadian Passport photo on the first try. I was sent the name and address of Photo Zion in Renaana and was told that the consulate unofficially recommended this photo shop. Since then, over the years, I have made a number of trips to Renaana (a two and a half hour drive, one way) to get a Canadian passport photo taken. A long way to drive, I know, but worth it for peace of mind.

Now, let's move to the present. Over ten years have passed since my first trip to Renaana for this purpose. I figured that, by now, there must be at least one photo shop in Beer Sheva that knows how to take a Canadian Passport photo. So I put out feelers to a number of facebook groups where Canadian expats were lurking and requested any info that someone might have about a photo shop in Beer Sheva that knows how to take Canadian Passport photos. Someone recommended Photo Life in Beer Sheva, stating that they knew how to do this. Buoyed by new hope, I set out for Beer Sheva. The Russian at the store - let's call him Boris - said that he knew how to do this. I am used to the photographer taking a number of photos, making sure that he got everything correct and then showing me the final photo for my approval. But, exuding confidence, he appeared satisfied with the first picture taken and then set about setting it up for printing. I was then given the two photos. Everything, in the long list of requirements, was apparently correct and I was ready to make the two hour drive to the Canadian Embassy.

Adva told me that she would go with me to provide moral support. We left early on a Friday morning and were at the consulate at 07:35. (It opened at 08:00 and I was already the third in line.)
"If the photos turn out okay," I told her, "I will make the Photo Life photo shop famous. I will let everyone know in the relevant facebook groups that this is the place to go in the Beer Sheva region."
"Why wouldn't everything be okay?" Adva remarked, the eternal optimist.
"Why are you taking your computer?"
"Oh, just in case it takes longer than expected." (Maybe she wasn't as optimistic as I thought.)


I am a natural worrier, but I did feel that everything was on board this time.
Pushing through my Adult Abroad Simplified Passport Application to the other side of the window, I followed with the photos. The consular official momentarily placed the photos aside and went through the form to make sure that all was there. She then went back to the photos.
"Just a second. I have to check something," she said, leaving with one of the photos. After a few minutes, she came back. "The automatic photo check is not up, but I see a problem with the photo."
That is when my stomach fell and the trauma returned.
"You are not totally squared to the camera."
"I'm not?" It looked kosher to me.
And then it came, after worrying all about smiling, mouth closed, proper contrast and measurements...
"I can only see one of your ears," she said.
Ears? When did ears enter the equation?
"They won't accept it," she said, "you will have to have it taken again. You should be able to have it taken for free at the same photo shop."
I carefully studied the photo.
"There," I said, "I see a part of the missing ear."
"That's just a little dust on the picture."
"No, I really think that is an ear."
She did me the favour of peering over at the photo again.
"Even if it is, we need to see both ears equally."
(You can see the passport photo at the top of this page.)
I began to wonder whether they keep making these things up. The idea of going back to Beer Sheva to get the photo taken again and waiting until next Friday to see if it was now okay was too much for me. I also was not in the mood to bring all this back to Boris at Photo Life.  I don't do well with Russian authority figures. Check out my blog on this subject: You want to leave Moskva!
"Is there a place nearby where I can have the photo taken? Where they really know what they are doing?"
"Yes, at the other entrance to the building. They are good, but expensive."
"No matter. I am not leaving Tel Aviv today until everything is done."
She put everything into an envelope with the Consular Section address stamped on it.
"You can put the new photos into this envelope and drop it into the Consular Section box."
"No, I will come back with them this morning to make sure that they will be accepted this time."
When I returned with the photos, I was directed to another consular official. I told her the story and she authorized the new photos and continued processing my request.
"What's wrong with these photos," she asked, referring to the old photos as she took the documents out of the envelope.
"The other official said it is not squared properly. You can only see one ear."
"Oh. Okay," she said.

So that is it. I am not setting out to make Photo Life famous among us Southerners. And if you are eligible for the Adult Abroad Simplified Passport Application, which most of you should be, then I suggest that when everything is ready, you go and have your photo taken at the place by the Canadian Embassy and submit your application directly after that. Take into account, though, that it costs 80 shekel to have the photo taken there. (It cost 29 shekel at Photo Life, but then, they weren't worth anything in the end.)

I am sure that other Canadians would be most interested in hearing about your own experiences in this matter and tips for survival. I know that I would.