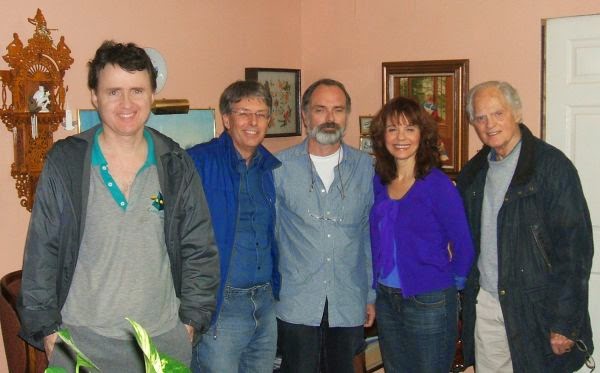 How many of you are humming the tune from Fiddler on the Roof right now? Tradition. But I am not talking about tradition that reaches back through the ages to our ancestors. But rather small traditions that bring us closer to people dearest to us.

One of the special things about my trips to Canada each year are the traditions formed with family and friends. Traditions which grow in importance from year to year.

One such tradition is the celebration of my parents' wedding anniversary. Each year, Gayle, Paul and I celebrate this happy event with my mother, at a special restaurant mother and father once shared. Father is always there, in spirit. He would never miss his wedding anniversary. And the celebration is also a sense of coming home. For Gayle, Paul and I were childhood friends and our home was a second  home to them. And it is still a home we all can come back to.

We grew up in a Scarborough suburb, which seemed so safe and polished at the time. It wasn't long after a war that we never knew. At times, we looked like we had stepped right out of an episode of Leave it to Beaver or Father Knows Best. Of course, nothing is as idyllic as it seems, but looking back - those were happy times.

But for Gayle this ended too quickly. When she was in the sixth grade, her family moved out West because of her father's work.  And this wasn't the last time they would be uprooted because of his work. It may have ended there, a friendship which had hardly begun, if it weren't for Mr. Herrington: Gayle's father. 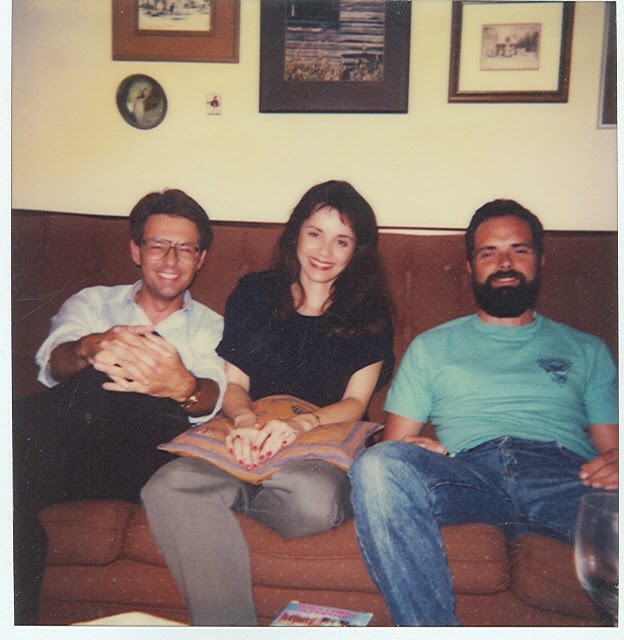 I remember that day - a day that would unexpectedly have such an impact on my life. Mr. Herrington was sitting at the dining room table in our house, talking with my parents. He was on a business trip to Toronto and was staying with us for a couple of days. Normally, at the age of thirteen, I wouldn't have paid much attention to an adult conversation. But Mr. Herrington had a gift of bringing you into the conversation. It didn't matter whether you were ten or sixty years old. He made you feel that you had something significant to say. So I listened as he talked about Gayle, about how lonely she appeared in her new home. And I then did something quite unexpected. I asked for her address and sat down to write her a letter. And I discovered the writer within me. Until then, the only letters I had written were thank-you  notes that mother made me write after every birthday and Christmas.

And Gayle and I exchanged letters, sharing our thoughts and lives from afar, until Gayle moved back to the Toronto area with her family. And it was then that the stage was set for my two best friends and I to become The Three Musketeers.

I don't know if Mr. Herrington knew what an effect this conversation had on my life. I think that in some way he did. For he knew that Gayle and I became very close. My mother told me that Bob (she knew him as Bob) once told her about a conversation he had with Gayle. He asked her if she and I were in a romantic relationship. Gayle apparently answered: "No, that would only ruin it."

For some things cannot have labels. We can only experience them and know that they are real.

And each year, I look forward to meeting Mr. Herrington again, at another one of our small traditions: the Lloyd / Herrington brunch at The Blue Sea in Whitby on the last Sunday before Christmas. But this year I will not see Mr. Herrington at the Blue Sea. For he has passed on and left us behind. But we won't cancel this tradition. For I am sure he will be there, the first one in. Opening the door for the others to pass through. We will sit around the table and hear his voice. And know that all is good in the world, if even for a moment.