When the clock strikes midnight 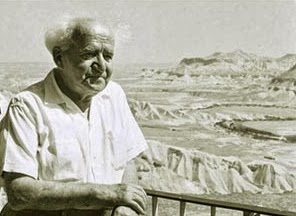 "We are surrounded!" I wrote, fearing communication would be cut soon.
"Get out of there, fast!" my wife SMSed back.
I had visions of striking workers approaching with chains and burning tires.
"Close the windows, lock the doors from the inside and turn off the lights," I shouted to the other workers holed up in the building. "If there is smoke, lie down with your nose to the ground."
Soon the sounds of voices and singing were heard outside of the building, accompanied by pounding pots and pans. I sniffed the air, but there was no smell of smoke. I peeked through the blinds. The striking workers seemed to be having a merry old time. What unnerved me most was the laughter and dancing - especially the belly dancing.

Up until that point, I had envisaged a situation somewhat similar to when the Canadian consulate offered sanctuary to American Embassy workers in Tehran when the embassy was overrun by Iranian protesters. Two key field school personnel had fled the field school moments earlier when striking workers had closed it down, and asked if we could offer them sanctuary in the Interdisciplinary Centre and a place to work. But however compelling the similarity seemed to be at first, it lost its edge in the merry song and dancing. I imagine that Ben Affleck would have continued unperturbed and have made the most of the situation, turning it into a movie opportunity - the Canadian becoming a burned out American CIA agent trying to save his marriage to an Israeli, while helping America regain its stature in the Middle East. As for the pots and pans and merry singing - that would turn into semi-automatic gun fire and the threatening screams of a wild mob seeking blood. You've got to love Hollywood.

I guess I owe you a little background.

I work in a government trust - Midreshet Sde Boker - situated in a small desert community. The Trust was established at the request of Israel's first prime minister and visionary: David Ben Gurion. He wanted to create a seat of learning in the middle of the Negev desert which would inspire people to come from far and wide and settle in the Negev. The Trust consists of a unique High School for Environmental studies (a boarding school with students from all over Israel), a Field School, Interdisciplinary Centre and other relevant offices. It shares space in the community (Midreshet Ben Gurion) with institutions affiliated with Ben Gurion University: The Desert Research Institute, the Ben Gurion Archives and the Solar Energy Institute. In its golden years, it could have been considered as a "light unto nations". But in the last ten years, things have changed somewhat.

It all began with severe budget cuts by the government. And now, instead of investing most of its time in creating new exciting and valuable initiatives in the field of education - primarily environmental education - the Trust spends almost all of its time in surviving financially. At the same time, the workers are worried about continuing to receive a decent wage in light of the increased cost of living. In 2007 their collective workers' agreement with Midreshet Sde Boker ended, and since then - despite intensive negotiations at times - no new collective agreement has been signed. And for the last four years, the local workers union has threatened to strike if an agreement is not reached.

And last week, it finally happened. The workers went out on strike and have been out on strike since. And now, the Trust is in danger of shutting down altogether. The high school students have been sent home, and the field school cannot accept new groups (for lodging, instruction, etc.) Parents of the high school students are up in arms and are threatening to stop tuition payments and the field school, which is one of the Trust's main sources of income, will soon have no income coming in, at all.

Since I am on personal contract and am in charge of keeping the whole computer infrastructure working, I (and other managers) are still working. With mixed feelings. On the one hand, the workers deserve to have a fair collective agreement. On the other hand, if the Trust will be permanently shut down because of this strike, no one will have any work at all. Am I optimistic? Not really. Apparently the Minister of Education tried to intervene - approaching the head of the national workers union (Histadrut), to no avail. You'd think that if the Democrats and Republicans could finally reach an agreement to avert a continued, crippling government shutdown, then an agreement could be reached between some 80 workers and a government trust. You'd think.

I have been entertaining the idea of opening a pub for some time. Whitehorse, in the Canadian north, has been a major contender - or anywhere else in the Yukon region. Or I could even settle for Uxbridge or Bracebridge, beautiful spots in Ontario. And if opening a pub appears in the end to be too aspiring, then working in a pub is also an option - spending most of my free time writing. Until now, this has remained a lazy fantasy. It appears that if they don't hit me over the head and send me packing, I will stay a desert rat. But the way things are going, this might happen quite soon.

This reminds me of the last episode of The Mary Tyler Moore Show, where Mary turns off the light and closes the door for the last time. Is this where we are heading now?