When will Israelis get a real weekend? 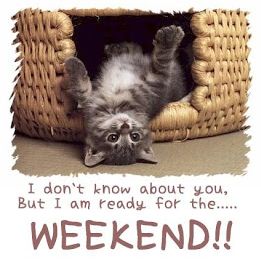 One of the first things I had to get used to in living and working in Israel was the fact that Sunday is the first work day of the week. Sunday is actually called Yom Rishon ("First Day") in Hebrew. When it comes to naming the days, Hebrew is quite sensible:


As you can see, the names are quite practical and straightforward. No messing around with borrowing from the gods, celestial bodies, or whatever. The formula is quite simple - name the day by its number in the week. Except for the seventh day. It had to be different:
And God blessed the seventh day and declared it holy, because it was the day when he rested from all his work of creation.
And so the seventh day was given the name Shabbat (the day of rest).

But things didn't stop here. Not only was Sunday the first work day of the week, Israelis also seemed to have never heard of a two day weekend. They should be given credit, though, for coming up with the whole concept of a day of rest, far before others. The Romans didn't come up with the idea until the year 321, when the Roman Emperor Constantine declared the dies solis (Day of the Sun) [Sunday] an official Roman day of rest. And another twenty centuries would pass until the Western world came up with the idea of the two day weekend. Apparently this was first instituted by a New England cotton mill which wanted to allow its Jewish workers to adhere to their own religious Sabbath. Ironically, it was Henry Ford (who was considered by many to be an ardent Anti-Semite) who, in 1926, was among the first to standardize the two day weekend, shutting down his automotive factories for all of Saturday and Sunday, while still paying his workers the same wages. As for Israelis - "If the one day of rest was good enough for our forefathers..." - well, you get the message.

I may have adapted better to this one day weekend in Israel had it not been for the fact that there were no buses on Saturdays (you couldn't go anywhere unless you had your own car), no stores were open (no opportunity to plan shopping for the end of the week when you actually had the time), and no television (no afternoon ball games on the tube). If  you were an observant Jew, this worked out just find. But if you were secular, you really did want to have the right of choice.

And if all this weren't enough, I was rudely introduced to the seven day work week. Yes, you heard me right. And no, this isn't something that came straight out of a Charles Dickens novel, although it might have.

I should clarify here that the seven day work week was not something common to all Israeli society. Rather, it was an essential part of the kibbutz way of life: the dreaded toranut. Back in the days when most of the kibbutzim were still communal in  nature, kibbutz members took turns in working in essential services on the Sabbath - services such as the communal dining room, children houses, milking and feeding the cows. Which meant that every three or four weeks, you didn't have a weekend.

Now, I don't think I have to tell you how important the weekend is to maintaining our sanity. Already by midweek, the promise of the approaching weekend keeps us going. And when the weekend arrives, we heave a huge sigh of relief and lapse into denial for two days. No matter how bad the week has been, things suddenly get better. But when the weekend is taken from you  - even the one day with such limited opportunities as the Israeli weekend - one is prone to enter into the pits of despair. There is nothing to hold onto to keep you going during the week. I kept telling myself that this was my choice, that this was an integral part of maintaining a communal way of life, but I could never get used to it.

Things have changed since then. The cows have been sold, the children now live at home with their parents, kibbutz members no longer go to eat in the dining room... and somewhere along the line we decided to leave the kibbutz. Sometime after that the kibbutz was privatized. Meanwhile, Israelis unofficially got a two day weekend. I say unofficially as the schools are still open six days a week, as are many businesses. But most people are now taking the Friday off, as well (which has always been a half-day workday in any case, as people are given time to welcome in the Sabbath which begins at sunset on Fridays).

But voices are beginning to be heard that are calling for more. Silvan Shalom, an Israeli government minister, has suggested making the two day weekend an official one - with people having Saturday and Sunday off. And Friday would be  a work day until noon. This would enable schools to move to a five day week and it would also be easier for the Israeli business community to coordinate things with business communities around the world whose weekend is Saturday and Sunday.

And most of all, as Silvan has been reported as saying:
"It is time Israelis got a real weekend."